Today the new incarnation of the United States Space Force logo was revealed by Donald Trump. This logo should look familiar to you. It would very much feel like a reincarnation of his former self – not to mention a clear reminder of the origins and controversy over the original. And yes, it looks a lot like the Star Trek Starfleet Command insignia, largely because all of those symbols are designed to mimic each other – for real.

The Air Force Space Command logo you see here – the one that looks like a badge, with the arrow, planet and stars – has been around and in official use for at least 13 years. There is an even older version – slightly darker, but essentially the same, which has been in use since 2004 – the original dates back to 1982.

On December 20, 2019, the Air Force Space Command transitioned to the US Space Force. The US Space Force is now the 6th branch of the US military. We also explored previous incarnations of the Space Force logo revealed in 2019. 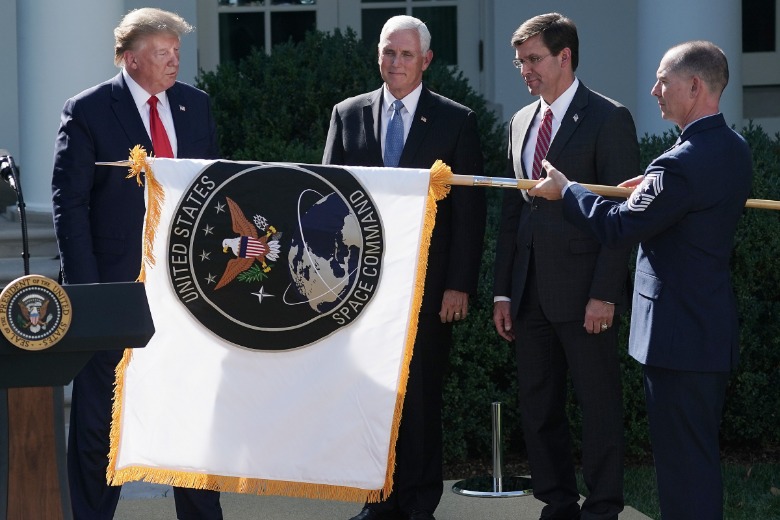 Per Ex Astris Scientia, Michael Okuda, Star Trek’s graphic artist and lead designer for many, many years, commented on his design of the Starfleet Command seal – as seen in an incarnation at the top of this article. “The Starfleet Command sigil was first seen in ‘Homefront’ (DS9) and later in ‘In the Flesh’ (VGR), although the agency itself of course dates back to the original Star series Trek. The symbol was meant to be somewhat reminiscent of the NASA emblem.”

More recently, Okuda has also worked with NASA on symbols such as the 2017 NASA Flight Operations Emblem. inspired its design.

Space Force should embrace the natural inclusivity of space nerds

The first black-and-white kiss on American television was between Lt. Uhura and Captain Kirk, a controversial decision for 1968 that reflected Star Trek creator Gene Roddenberry’s broader philosophical commitment to addressing race in his science fiction. This bold approach to diversity and inclusion is a fundamental part of the self-selected group of space nerds that […]

Space Force plans to send patrol probe beyond the Moon

The US military plans to expand its reach into space to one day patrol the area around the moon. In a new video, the US Air Force Research Laboratory (AFRL) has revealed the US military’s big plans for future work in space. Those plans, as seen in the video, include expanding space awareness capabilities beyond […]