The new United States Space Force has named one of its new major field commands “SpOC” in an apparent nod to Star Trek’s pointy-eared science officer.

Short for “Space Operations Command”, SpOC will join “Space Systems Command” and “Space Training and Readiness Command”, the force disclosed in a statement.

While the new branch of the armed forces hasn’t made any explicit references to SpOC’s namesake, this isn’t the first time Space Force has borrowed from Star Trek.

In the long-running sci-fi franchise, the unflappable Spock is a half-Vulcan, half-human character played by Leonard Nimoy, along with Zachary Quinto and Ethan Peck.

“SpOC will be the primary provider of space forces and capabilities to combatant commanders, coalition partners, joint force and the nation,” a Space Force spokesperson said in a statement.

The command unit, they added, will be based at Peterson Air Force Base, located in Colorado Springs.

Under the field commands there will be two levels – deltas and squadrons.

Space Force was founded as the nation’s sixth military branch – after the Army, Air Force, Navy, Marines and Coast Guard – by President Donald Trump, who described space as being “the world’s newest combat estate”.

“This is the largest restructuring of space units undertaken by the United States since the creation of Air Force Space Command in 1982,” Air Force Secretary Barbara Barrett said in a statement. .

“Innovation and efficiency are at the heart of our mission as we position the Space Force to respond with agility to protect our nation’s space capabilities and the American way of life.”

The “Space Training and Readiness Command – or “STARCOM” – should be active by next year and will be overseen by a two-star general.

In the meantime, a field officer will oversee an interim space readiness and training delta, to be established at Peterson Air Force Base next month.

“This unit will serve as the parent organization for a number of education, training, and operational test and evaluation units transferring to Space Force in the summer of 2020,” the officials explained.

Meanwhile, the SpOC and Space Systems Command – which will oversee the acquisition of space systems, launches and the development of “space warfare capabilities” – are expected to be led by three-star generals.

Currently, Space Force operates with the help of 16,000 airmen temporarily seconded to serve what was once known as Air Force Space Command.

Before the end of the year, 6,000 of these personnel should be offered the possibility of transferring to the Space Force on a permanent basis.

“This is a historic opportunity to launch Space Force on the right course to provide the capabilities needed to ensure freedom of movement and deter aggression in, from and to space,” said General Jay Raymond. of the Space Force.

“How we organize Space Force will have a lasting impact on our ability to respond with speed and agility to emerging threats in support of National Defense Strategy and Space Strategy.” 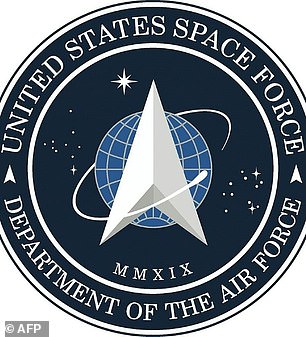 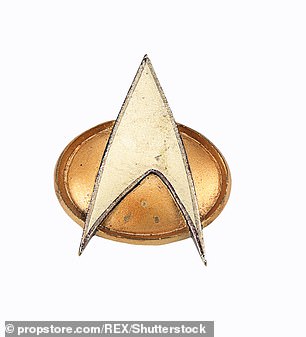 The unit’s colloquial name SpOC won’t be the first time Space Force appears to have taken inspiration from “Star Trek.” When its logo (left) was first unveiled by President Trump in January, the design was widely compared to the insignia of “Star Fleet” (right) – the fictional peacekeeping force and exploring the “United Federation of Planets” from Star Trek.

The unit’s colloquial name SpOC won’t be the first time Space Force appears to have taken inspiration from “Star Trek.”

When its logo was first unveiled by President Trump in January, the design was widely compared to the insignia of “Star Fleet” – the fictional peacekeeping and exploration force of the “United Federation of Planets” from Star Trek.

The insignia first appeared on television screens in 1966, appearing on the uniforms of Spock, Captain Kirk, and the rest of the crew of the USS Enterprise.

Star Trek has a long history of real-world innovations, from tablets to needleless drug injectors and real-time language translators.

SPACE FORCE WAS ANNOUNCED BY DONALD TRUMP IN JUNE 2018

US President Donald Trump announced plans for a services arm aimed at securing US dominance in space in June 2018.

Trump has argued for reviving the country’s slowdown efforts in space, returning to the moon and possibly sending a manned mission that would reach Mars.

The president has called space a national security issue, saying he doesn’t want “China, Russia and other countries to rule us.”

His directive will instruct the Department of Defense to initiate the process of establishing Space Force as the sixth branch of the United States Armed Forces.

“When it comes to defending America, it’s not enough to just have an American presence in space. We have to have American dominance in space,” Trump said.

In December 2019, US President Donald Trump signed the massive $738 billion defense bill that officially started the ball rolling to establish the Space Force.

His official badge and uniform were unveiled in January 2020.

A video of a Donald Trump supporter at the former president’s rally has gone viral after she said the Space Force had information proving the 2020 election was stolen. Trump held a rally in Washington Township, Michigan on Saturday, and a supporter said Space Force will help him cancel the 2020 election. Video of the […]

The United States Space Command (USSC) confirmed on Tuesday that the meteor that hit Earth in 2014 was an interstellar object, meaning it came from a different star system. The USSC, in a note released earlier this month, made the revelation that made “Oumuamua” the second interstellar object to visit our solar system in 2017. […]

A C-130J Combat King II aircraft was struck by a bird, the leading edge of the wing was damaged When a bird struck the leading edge of one of the wing’s C-130J Combat King II aircraft during a flight, the aircraft’s structural maintenance shop at 920 Maintenance Squadron repaired successfully repaired the damage and returned […]