Chief Staff Sgt. Roger A. Towberman shows a prototype rank insignia to wear on the Space Force camouflage uniform, in a video posted on an Air Force network, Feb. 4, 2022. (US Space Force )

The Space Force is aiming for “quick wins” with plans to polish the Air Force blues uniform before finally deploying its own service dress, its enlisted leader has said.

Chief Staff Sgt. of the Space Force Roger A. Towberman said changes to buttons, badges and insignia would distinguish members of the new service, known as the Guardians, from those of the Air Force. Both branches fall under the Department of the Air Force.

The goal is “to space it out a bit,” he said in an internally broadcast video message last week, explaining that officials were abandoning their plans to introduce an all-new service dress uniform all at once. For now, “the chassis remains the same,” he says.

The changes will carry over to the Space Force’s final uniform as it strives to create its own identity, two years after the service was formed to operate and protect the Army’s satellite fleet.

Officials previewed a prototype dress uniform at a conference in September, which some observers found reminiscent of costumes from sci-fi shows like Star Trek. 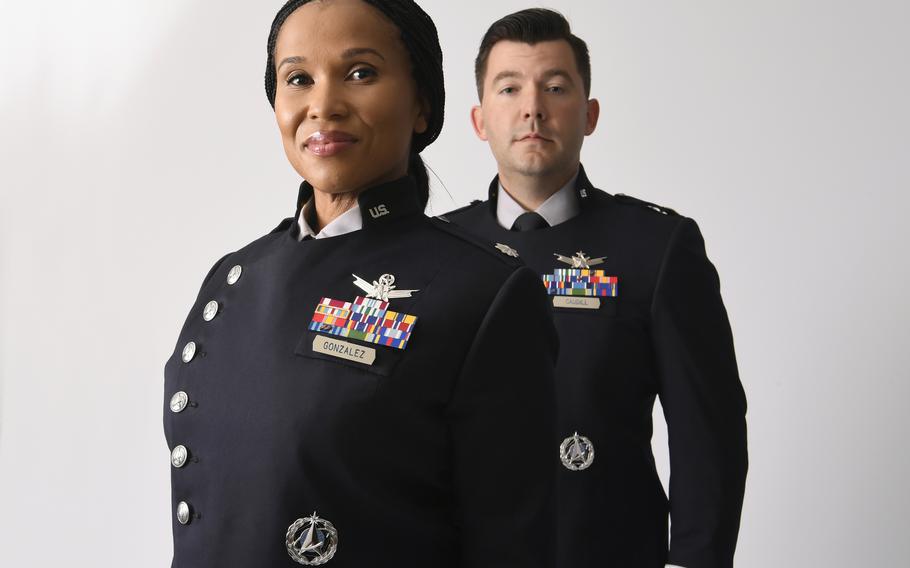 The uniform was being redesigned based on feedback from the force and garnered positive feedback from wear testers, Towberman said. But he warned that a shortage of the textile could affect when it will be available for purchase.

Towberman introduced a version of the service’s rank insignia patch for wear on the camouflage uniform. The patch should go into production soon, with possible availability around May, he said.

While global supply chain issues may hamper efforts to give the service a distinctive look, some members of the nascent force have struggled to convince the public that the new branch even exists.

Apparently responding to a recent Military.com article that recounted instances of Guardians facing public disbelief or confusion about the service, Towberman called on members to “do better in telling the Space Force story.” “.

“I ask each of you to come out of your echo chambers and do what you can to share what we are doing,” he said. “What you do matters to the world, to the nation.”

A service member’s decision to speak to a reporter anonymously for fear of reprisal sparked a conversation among senior executives, Towberman said. He reminded them that the ideals of service include courage.

“We all need to embrace this concept of candor and honesty, and the courage it takes to have real conversations and lean on our teams, and build the psychological safety to make that happen,” he said. .

The video message was posted on Space Force’s internal web forums, which require a military ID card and passcode to access.

Greg Daniels never intended to do a dating show. Then the pandemic hit, and he and his 26-year-old daughter, Haley, found themselves pulling one. Admittedly, Haley Daniels – an Illumination employee by day – was a much bigger fan of the genre than her father, but they had both watched the island of love and, […]

HAWTHORNE, Calif. (CNS) — Hawthorne-based aerospace company SpaceX conducted its second rocket launch of the week on Wednesday, sending a classified satellite into orbit from Vandenberg Space Force Base on California’s central coast. The Falcon 9 rocket lifted off around 12:30 p.m., hovering in clear blue skies over Southern California and carrying with it a […]

William Shatner as Captain Kirk. SCS William Shatner, famous for his role as Captain James T. Kirk of the USS Enterprise on Star Trek, doesn’t want to see a future where the real Space Force has colonels in command of starships. Shatner delivered an op-ed in Military Times on Wednesday titled “What’s Wrong With You, […]