Annual fitness testing will no longer be a requirement for members of the Space Force, also known as the Guardians, from 2023, and will instead start wearing trackable fitness devices as they do not have need to be as fit as service members in the other five. branches of the US military.

The devices, which will be made by Garmin and Oura, will allow members of the newly formed US military branch to track their physical activity and mental health, as well as their food and sleep history throughout the year.

Leaders of the world’s only independent space force said the change in approach was aimed at raising awareness of the general well-being of its service members rather than assessing them only once a year.

The decision was also based on suggestions that annual physical tests have caused eating disorder symptoms for personnel in the past, leading to unhealthy coping mechanisms within the military.

Air Force service members are pictured going through their paces at Wright-Patterson Air Force Base in Ohio. The US Space Force has chosen to stop annual physical assessments starting in 2023, instead providing service members with fitness trackers

“We always use Air Force PT standards. The difference is in our approach,’ Chief Masters Sgt. James Seballes, who is the head of Space Training and Readiness Command, told NPR. 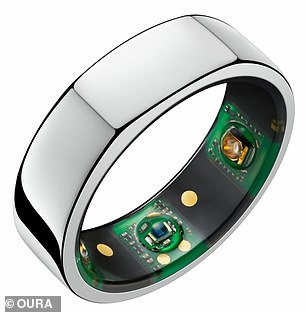 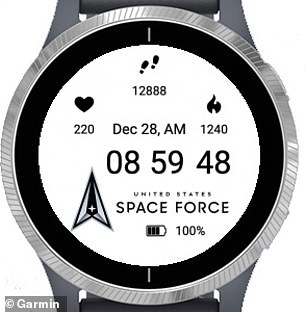 The Space Force will likely provide fitness trackers made by Oura (left) and Garmin (right) for its modern fitness model. Space Force members, also known as Guardians, will also be able to track and share their data with their peers on FitRankings, a fitness and health platform.

He added that the new approach will not change fitness goals, as Space Force service members will soon come under greater scrutiny due to data reporting.

The devices, mostly watches and rings, will also report and compare fitness data between the Guardians themselves on a digital platform built by Austin-based tech company FitRankings.

The fitness and health platform will also focus on other activities Guardians participate in rather than specific exercises provided in the annual fitness assessment.

Major General Shawn Bratton, commander of Space Training and Readiness Command, said he favors a more modern, digital approach, as he believes it will force Guardians to pay more attention to their health.

“I have an increased responsibility, not just once a year to take a fitness test, for example, but maybe to exercise 90 minutes a week,” Bratton told NPR. 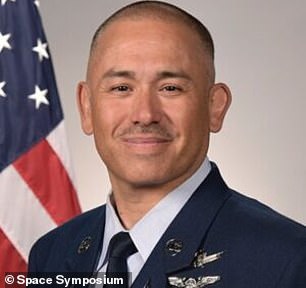 Chief Staff Sgt. James Seballas, who is the Space Training and Readiness Command’s senior enlisted chief, said NPR’s fitness goals will still be measured against Air Force PT standards. “The difference is in our approach,” he added.

“The ring helps me keep track of that as well as my sleep patterns.”

Seballes also said he wants space service members to be ready for whatever tasks are given to them.

“A lot of times fitness is used as a kind of ‘go, don’t go’ thing – either you have it or you don’t,” Seballes said. “I know people who can do all of their PT aspects and run a mile and a half really fast, and yet their eating habits are bad, their sleeping habits are bad. They are not healthy.

The Space Force was first created in 2019, when then-President Donald Trump announced that there would be a new division of the US military dedicated to threats in space.

“When it comes to defending America, it’s not enough to just have an American presence in space. We have to have American dominance in space,’ Trump said. “Air Force and we’re going to have Space Force, separate but equal. It’s going to be something. So important.”

Trump signed into law the Space Force Act with a $738 billion defense spending bill in December, and last May the first Air Force academy graduates were named directly into the Space force.

The Space Force signed a cooperative agreement with NASA in 2020 to collaborate on future cislunar space research and technology, and on June 13, 2021, the Space Force successfully launched a military “space domain awareness” satellite into obit. . 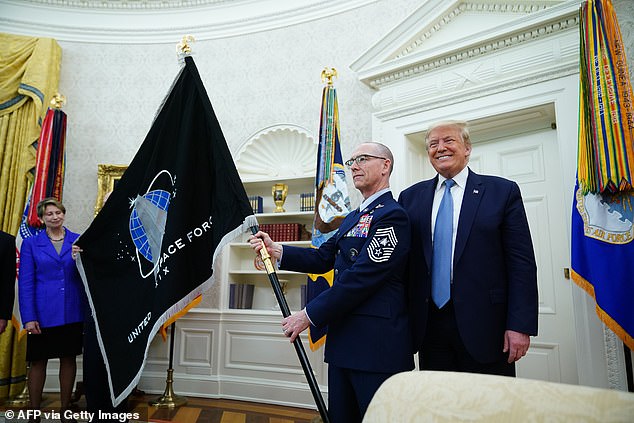 Meanwhile, the constant fear of being weighed at regular fitness checks and the pressure to perform annual fitness assessments are a deep concern in the military, along with the food provided to active service members.

In the past, former first lady Michelle Obama has lent her voice to the military’s efforts to overhaul the food it serves.

According to the White House, at the time more than a quarter of 17 to 24 year olds were too overweight to serve in the military. Serving members of the military are also increasingly overweight, a Pentagon official said at the time, posing a “preparedness problem.”

To promote good choices, the military has redesigned menus and attempted to provide healthier foods in mess halls and on bases as well as in vending machines and snack bars on military bases.

General Mark Naird will be back in action this winter: space force Season 2 will air on On February 18, Netflix announced on Monday. The series, which was renewed in November 2020, will likely feel a bit different in its second run. As part of a “creative overhaul”, Norm Hiscock (Parks and recreation, Brooklyn nine-nine) […]

Trump unveils new Space Force logo (yes, it looks like something out of “Star Trek”)

President Donald Trump officially unveiled the US Space Force logo on Friday, January 24, and the reaction was strong. That may just be because the logo, which draws heavily on the heritage of the Air Force’s new military branch, bears a striking similarity to a “Star Trek” insignia. Trump announced the new Space Force logo […]

Currently, airmen and guards are not allowed to grow beards unless they have been approved for medical or religious accommodation. (Jackson Manske/US Air Force) Cmdt. William T. Riker wore the boxed short variety on the deck of the Enterprise spacecraft. His predecessor, Cmdr. Spock, sported the circle style in the “Mirror, Mirror” episode of the […]