Japan has successfully completed an experiment involving a rocket engine in space. The demonstration used the Rotary Detonation Engine (RDE), which generates an explosion upon the reaction of oxygen and fuel. 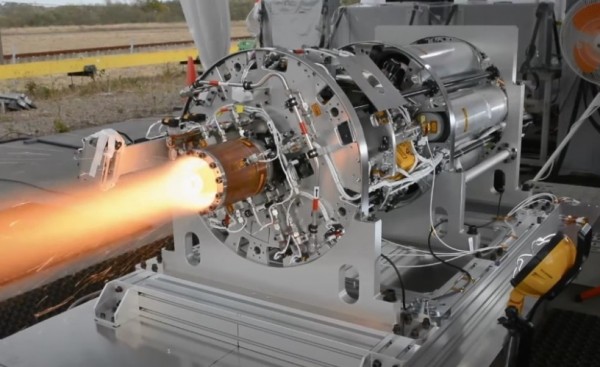 For those unfamiliar with RDE, the component can be activated via a series of detonations.

The recent Japan Aerospace Exploration Agency (JAXA) experiment showed success in demonstrating a rocket engine explosion. The team also discovered that the test would be a great help for space transportation.

According to JAXA, what they did was a possible key to further exploring deep space exploration. By reaching extremely high frequencies ranging from 1 to 100 kHz, the process gave rise to the emergence of compression and detonation waves.

Additionally, this demonstration paved the way for the detonation engine to decrease the weight of the rocket engine while adding reaction speed.

In an article written by Japan Times, the rocket engine was contained by Vehicle No. 31, a space rocket belonging to the S-520 sounding rocket group.

JAXA said that at nearly 5:30 a.m. from the space center in Uchinoura, Kagoshima Prefecture, the vehicle took off on July 27.

After reaching 235 kilometers in the first four minutes of liberation, the vehicle struck the southeastern area of ​​Uchinoura in the sea. The duration lasted about eight minutes.

At the time, JAXA collected the data carried in a capsule. The Japanese space team picked it up after it hit the water.

After a triumphant demonstration of the explosion of a rocket engine, Japan saw this opportunity useful in some cases. In the long term, this would be beneficial for JAXA when setting up deep space exploration experiments.

Additionally, the crew could also perform multi-stage tests for the engines in the future.

Apart from deep space exploration, JAXA was eager to use what it had learned for many scientific demonstrations. They could use this knowledge to improve their planetary preparations in advance.

In addition to JAXA, the US Navy has expressed interest in exploring RDE capability in space. Many American organizations believed that the experiment would help them stick to cost-effective fuel consumption for certain automobiles.

Last year, some US Air Force engineers reported passing their 271 N RDE tests. The experiment involved the use of oxygen and hydrogen, in accordance with Automatic evolution.

JAXA collaborations with other agencies

JAXA is known to participate in many space collaborations with other companies. His enthusiasm for creating a useful robot for the 2029 lunar mission has finally come to fruition, thanks to Sony, Doshisha University and famed toymaker Tomy.

Last May, the Japanese space agency announced that the small rover would be “ultra light” for its size, since it weighs only around 250 grams. The robot would be in walking position on the lunar surface within the next few years.

In 2014, JAXA also collaborated with NASA to strengthen its informative weather forecast campaign around the world.

This article belongs to Tech Times

ⓒ 2021 TECHTIMES.com All rights reserved. Do not reproduce without permission.

For the past decade, astrobotanist Simon Gilroy and the Gilroy Lab have led University of Wisconsin research into the growth of space plants, and wWith the future of deep space exploration fast approaching, the need for plants in space as sources of food and oxygen is sure to follow. NASA reported that they are currently […]

Growing interest in deep space exploration has spurred the need for powerful, long-lived rocket systems to propel spacecraft through the cosmos. Scientists at the US Department of Energy’s (DOE) Princeton Plasma Physics Laboratory (PPPL) have now developed a small modified version of a plasma-based propulsion system called a Hall Thruster that both increases the lifespan […]