China has just completed testing a solid rocket motor, adding another way to propel its rockets into space.

Read also : 21-ton Chinese rocket falls to Earth, no one knows where it crashes

First reported by Spacethe rocket made its maiden flight from a launch site near the city of Xi’an in northern China, firing for 115 seconds. The engine was developed by the Academy of Aerospace Solid Propulsion Technology (AASPT) which is part of China Aerospace Science and Technology Corporation (CASC) – the country’s leading space contractor.

The entire engine has a diameter of 11.48 feet and is capable of a maximum thrust of 100,000 pounds of force or approximately 500 tons. To power this, the engine requires 330,000 pounds or 150 tons of solid fuel. CASC claims it is the most powerful rocket engine with the greatest thrust ever made.

The engine features several advanced technologies, including a high-performance fiber composite shell, integrally molded combustion chamber, and oversized nozzle, making it one of the most advanced rocket engines on this planet.

Ren Quanbin, Chairman of AASPT, said in a statement, “The tests are very successful. We have tested all the parameters, including the 500-ton thrust which worked 115 seconds. We are at the international advanced level in the field of large solid-state rocket motors. Then we will develop a 1,000-ton solid-state rocket motor to provide stronger thrust for Chinese carrier rockets in the future.” 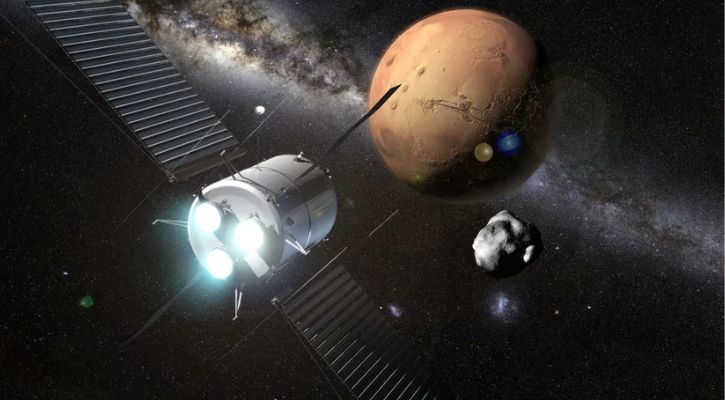 The rocket engine is expected to be used with heavy rockets for missions such as crewed lunar landings and deeper space exploration. Even if the current range of Chinese rockets is by no means left behind (such as Long March 9 and Long March 11).

However, the newly developed engine could be added to existing launchers to enable them to produce additional thrust. It is also expected to be implemented by CASC’s commercial spin-off, China Rocket, for the launch of commercial satellites.

US plans to work with India in deep space exploration

By Pallava Bagla NEW DELHI: An Indo-American space exploration mission is in preparation. The unthinkable is already happening in space, India and America plan together to explore the last unknown frontier. Until recently, India was an untouchable. Venus, Mars and an asteroid could all be the next big destinations for India to explore. The Indian […]