US President Donald Trump’s desire to create a space force may seem a bit strange, but the idea of ​​making military use of space is not new.

“We already have, in fact, a kind of Space Force,” says Ilya Somin, a law professor at George Mason University. “We have military satellites that already exist. They have been around for a long time. It’s just that they’re controlled by the Air Force and sometimes by the Navy. So if Trump is successful in persuading Congress to create a space force, all that will happen, at least initially, is that the kind of thing that used to be done by the Air Force will now be done by space force.

The United States military is currently made up of five armed forces – the army, navy, air force, marine corps, and coast guard. President Trump wants the Space Force to become a sixth branch of military service focused on space warfare.

Constitutional scholars debate how such a force might emerge. Some wonder whether the US Constitution, the nation’s founding document, authorizes the creation of a space force.

Originalists, scholars who believe that the Constitution should be interpreted as it was understood at the time it was enacted in 1787, might argue that even the Air Force, which has become a separate branch of the Armed Forces Americans in 1947, should be considered unconstitutional.

Still, originalists might argue for a space force if it were to be part of the navy or army, as the air force once was.

“A space force, like an air force, in modern conditions, is essential for conducting operations on the ground. It’s just another weapon for land operations and sometimes naval operations,” says Somin. “The Constitution nowhere limits the types of weapons the army or navy are allowed to have. So if they’re allowed to have bullets that fly through the air, they can have airplanes that fly through the air. airs and even spacecraft flying through space. 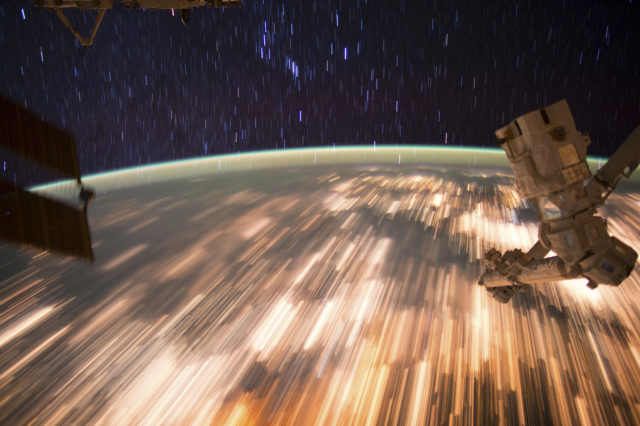 FILE – Star trails and blurry earth lights in a time exposure captured by astronauts on NASA’s International Space Station as they circled the Earth at 17,500 miles per hour. (NASA/Handout via REUTERS)

Originalists might also argue for a completely organizationally separate Space Force, because the Constitution gives Congress the power to do what is “necessary and proper” to enable lawmakers to exercise their powers.

To agree that a space force is constitutional might come easily to “living constitutionalists”, scholars who believe that the meaning of the Constitution can change over time to accommodate modern conditions.

There is, however, one type of space force that living originalists and constitutionalists might have a problem with – a deep space force modeled on the sci-fi Starfleet of Star Trek, which wages interstellar wars, explorations, and colonizations.

“If you’re talking about the Starship Enterprise and it’s light years away from Earth and it’s fighting Klingons or something in space, that has little or no connection to Earth warfare. or naval,” Somin says, adding, “I think there’s a really strong argument that this kind of deep space force wouldn’t be permitted in the original sense of the Constitution. 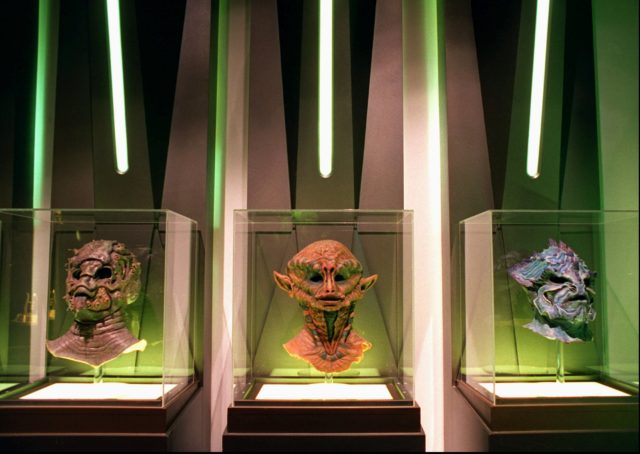 But what if aliens in a galaxy far, far away plan to attack Earth?

” Such a thing, [our ability to use technology for deep space interstellar flight], if that ever happens, it’s probably going to be several decades, so we have plenty of time to discuss and debate it, and if we decide it’s something we really need, we can make an amendment constitutional,” says Somin. “It’s not like the Klingons or the Romulans are about to attack us tomorrow and we must immediately authorize Starfleet to defeat them.”

Jim Absher is a Benefits columnist for Military.com. The Department of Veterans Affairs officially recognized the Space Force as a branch of the military, nearly 2½ years after the service was established. The Space Force was created on December 20, 2019, when then-President Donald Trump signed the National Defense Authorization Act. While the Space Force […]

article DALLAS – A UT Dallas graduate made United States Space Force history on Sunday. Jessica Thompson has been named a lieutenant and the first cyber warfare officer in the history of US Space Command. It is the newest military branch in the country which was formed less than three years ago. Thompson is an […]

The US Space Force aims to ensure its valiant Guardians are dressed in style with impeccable grooming standards to match their impressive official attire and insignia. The Space Force has implemented a revamped Grooming and Uniform Policy that will ensure that America’s Sixth Military Branch has a distinct style, identity, and culture. As announced in […]